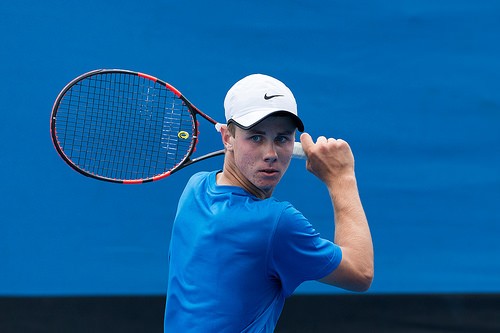 Blake was selected to represent Australia at the junior Davis Cup played in Madrid in 2015. In addition he succeeded in making the finals of the 2016 junior Australian Open lead in tournament defeating the world number 16 and number 4 in the process. He went on to qualify for the 2016 Aus Open Junior making it through to the second round in singles and is currently in the quarter finals for doubles. Blake has an International Tennis Federation junior world ranking of 88. We are proud of Blake’s performance and wish him continued success.

At the start of Term 3 the Brookfield Tennis Centre will have a new professional on our full time coaching...

in Blog Posts by wfsadmin">wfsadmin

We are proud to announce that the Brookfield Tennis Centre has been entrusted to run the tennis program at...

Congratulations to all the kids that took part in the recent Western Suburbs Inter Schools Challenge that...